Every parent has memorable moments that get tucked away in our minds and heart. I have a file cabinet filled with Raun’s. Today, as he celebrates another year and I think back over his ‘a bit more than average‘ life – it’s the comments that echo through the past:
Two-year-old Preschool Teacher: “We love having him in class, we can actually have conversations with him and he can put all the puzzles together at clean up.” 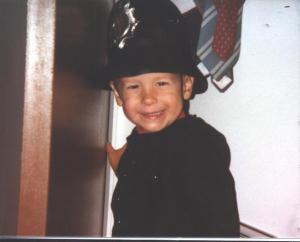 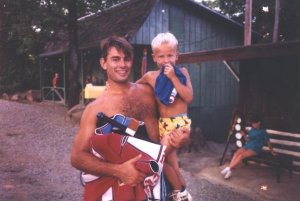 Raun spent his first years at Camp Lurecrest, a youth camp tucked away in the Smokey Mountains of North Carolina. In our first summer, I recall several times when life guards would come into the kitchen and ask my permission to take him swimming. “He loves jumping off the diving board, and he keeps his eyes open all the way down to the bottom!” He was one.

During a winter break, the camp installed a six foot, chain linked fence around the pool for insurance purposes. It took exactly two minutes for Raun and his buddy Jonathan to figure out how to get under the fence. The adults stood outside this locked security measure as two two-year-olds ran toward the deep end of the pool. I watched as his life guard buddies from the summer before ran toward the pool, bolting over the fence, just in time to capture two little boys ready to dive in. 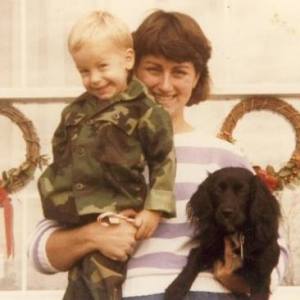 “Mom, watch what I can do!” I had just walked out of the bathroom to find this three year old standing on top of our five foot dresser. Before I could take a breath, he sailed through the air and drove onto the bed. “That’s awesome Raun, but please don’t ever do it again.” I’ve been watching and breathless many times since.

Before entering kindergarten, it was recommended that we have him tested. After the test, the young woman who had just spent two hours with the kid walked out of the room and simply said, “Why didn’t you tell me?” He had scored 150 on the IQ test.

“We may have to call the fire department.” It was a Sunday morning and during the sermon, Raun managed to get his head stuck in the back of the chair. Within moments, five ushers stood around us trying to get him unstuck.

“Jeannie, Raun’s half way up the drain spout.” We were attending our nieces birthday party and Raun was attempting to climb up the three story home, from the outside. “That’s nice,” I said. “He’s lived a full life.”

“Raun doesn’t just live on the edge, he hangs off it and holds on with one finger,”  the Camp Director told me after spending a summer with Raun as a lifeguard.

A few weeks ago, Raun introduced us to a gentleman he had met at our local hangout, ManRock. As I shook the hand of someone I assumed was more my peer than Raun’s, he said, “You’re Raun’s mom? He’s a good guy. He’s a Philosopher, Theologian, he’s intelligent, caring and a true gentleman. He’s a real man.”  I couldn’t have agreed more. 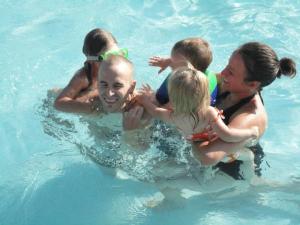 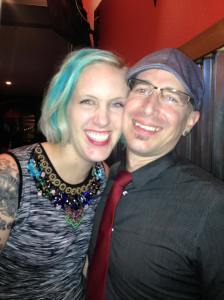